For VR in Unity were we using the Oculus quest 2 as device as it’s a common VR-device used by many owners. as for the controls and interaction did we make use of the XR plugin inside Unity to give the user a body and possible interaction with his surroundings. After we had a foundation we started to make the puzzles and surround the users in a different world by building a shed and flowers around them to make it feel more alive, after that we started to give sound and interactable tips to inform the user. 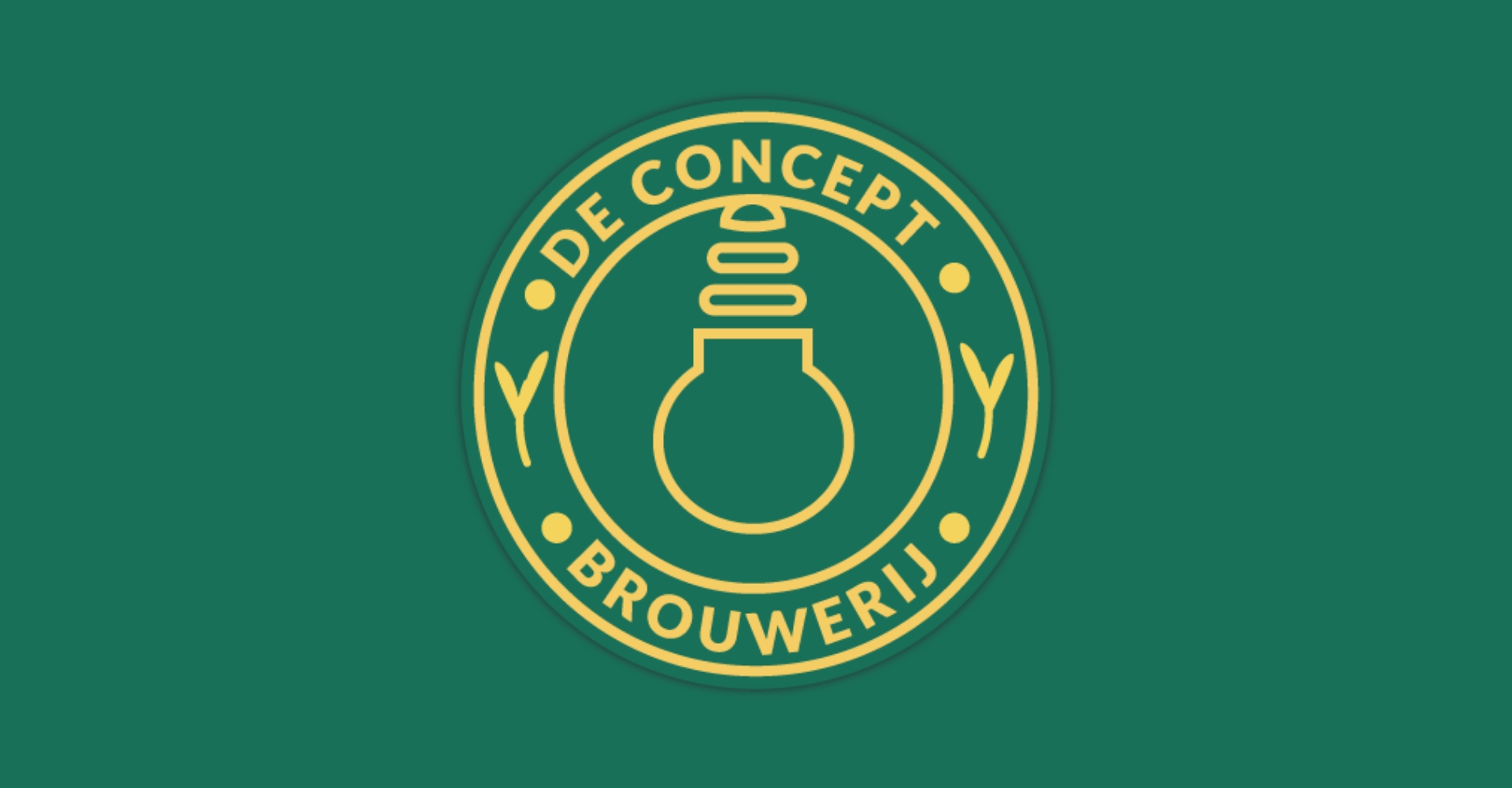 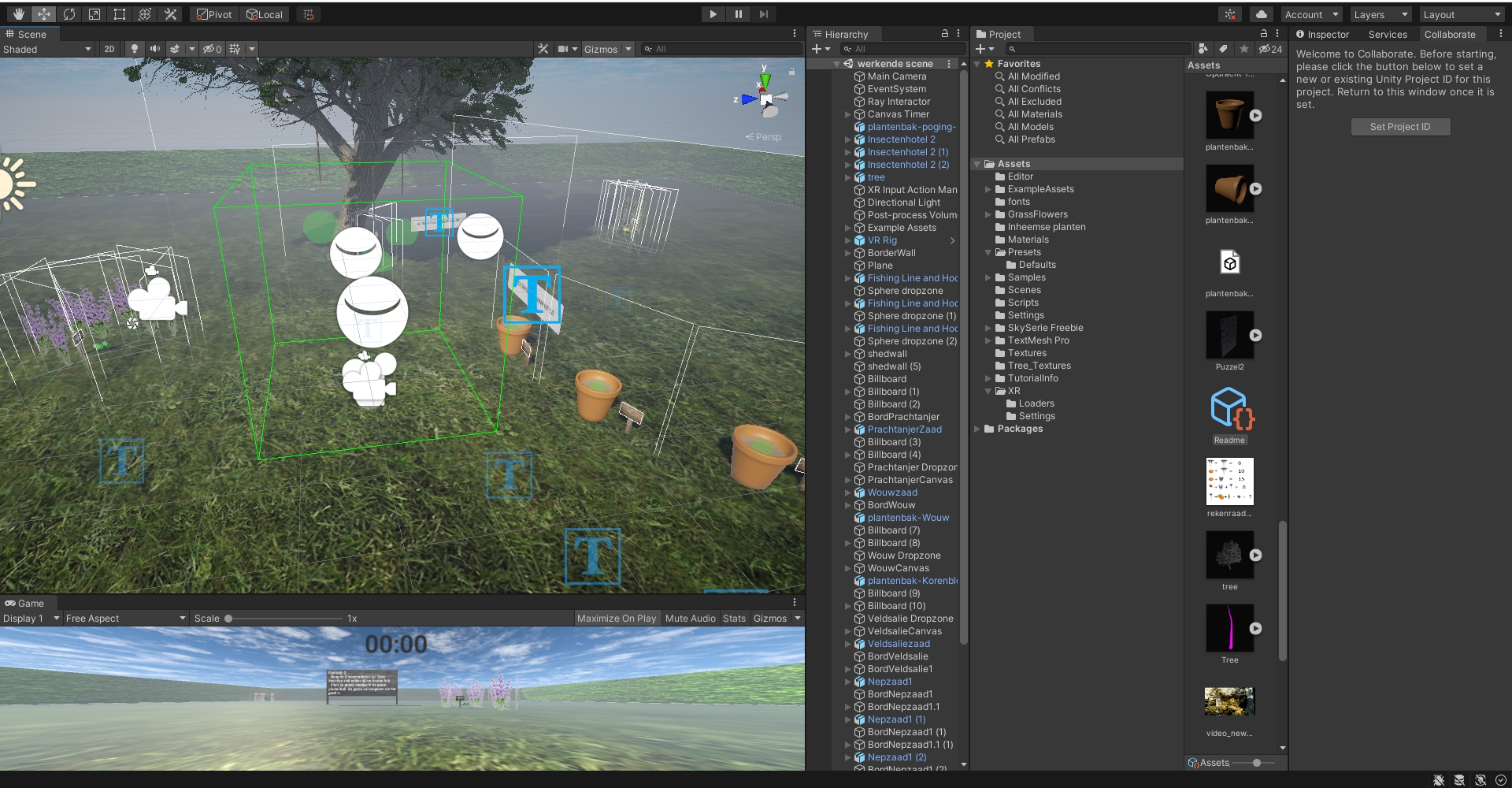 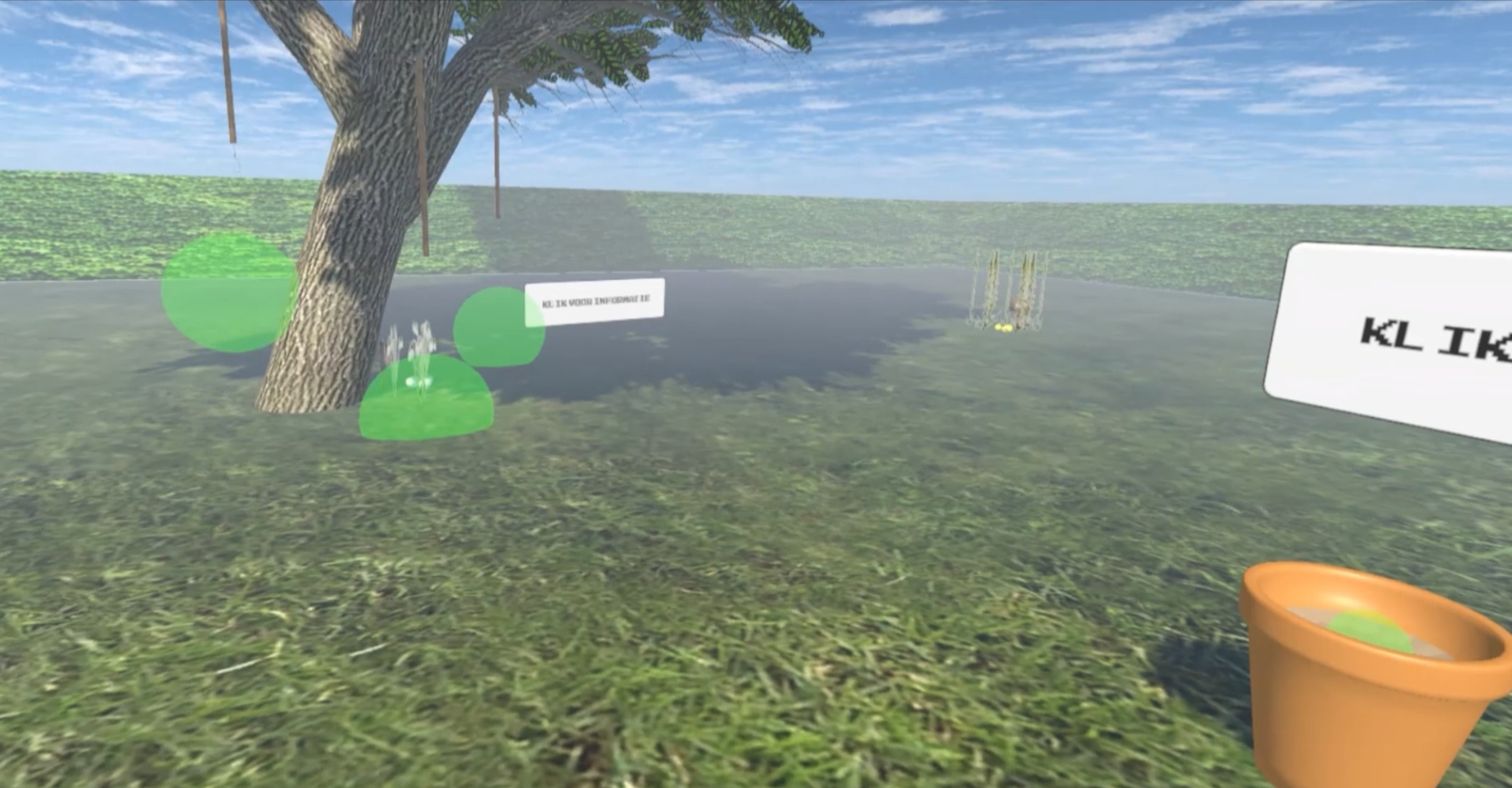